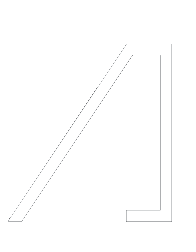 There has been a lot of discussion in the Middle East architecture community surrounding Frank Gehry’s recent interview in Foreign Policy magazine. He talks mainly about Dubai, but his criticism can be applied to many mass developments in the GCC and its cities. — “One would hope there would be more support from within these places for architecture that responds to the place and culture,” he said in the FP interview.
Many had rushed to react to Franks article and pointed blame at developers, planning officials, legislative bodies, and mass development plans as the main source of “cruddy” cities in the Middle East containing “cheap” looking buildings.
Instead of apportioning blame, should we not look constructively at how developments can be better affected by increased critical thought in education, professional practices, and government institutions in our discipline?